If Missouri is not on your immediate bucket list of places to visit along the Mississippi, you’re missing out! Here are 10 attractions in Missouri not to miss. When it comes to great states in the US, many individuals tend to pass over Missouri. However, the fact of the matter is that this small state on the Mississippi River has a lot to offer. Not only does it boast superb urban areas such as St. Louis and Kansas City, but terrific and historical rural areas as well.

Are you going to be traveling around Missouri? Looking for some cool attractions in the state? Here are 10 attractions in Missouri to add to your bucket list!

Whether you’re a history buff, an adrenaline junkie, a nature lover, or otherwise, Missouri has an attraction for you. These are the absolute best Missouri attractions.

1. The Gateway Arch in St. Louis

One of America’s great icons, the Gateway Arch in St. Louis is an absolute must-see for any sightseer. This monument stands in at 630 feet tall, making it the tallest architectural arch in the world.

Officially opened in 1965, the Arch was built as an ode to westward expansion in the United States. Sitting on the banks of the Mississippi River, it’s widely regarded as the symbolic passageway which connects the eastern and western halves of the country.

Whether you want to go up into the Arch (it houses an observation room), or just look at it from the ground, it’s something that you should definitely experience at least once in your life.

Located near Republic, Missouri, Wilson’s Creek National Battlefield marks the location of the Battle of Wilson’s Creek. This was the first Civil War battle that occurred on the west side of the Mississippi River, taking place on August 10, 1861.

This National Battlefield is home to seven miles of walking trails, all of which lead to a variety of monuments, statues, and Civil War relics. Complete with a historical museum on site, it’s an intriguing place to spend a morning or afternoon.

Arguably America’s greatest writer, the great author and satirist Mark Twain was born in and raised in Missouri. Twain spent his childhood in Hannibal, a city on the banks of the Mississippi River. His time spent in this town would have a huge influence on his two most popular books, The Adventures of Tom Sawyer, and The Adventures of Huckleberry Finn.

Well, believe it or not, Twain’s childhood home in Hannibal is still standing. It’s been made into a museum and is considered to be a staple of Missouri tourism.

If you’re looking for an amusement park in Missouri, your best bet is Silver Dollar City in Branson. One of the most unique places to visit in Missouri, it’s a bastion of old, 1800s Missourian culture.

Not only does this amusement park boast fun rides, it supplies plenty of shops, craft booths, and restaurants as well.

Once upon a time, the town of Bonne Terre, Missouri was a home to the voracious mining industry of the late late 19th and early 20th centuries. As such, the centerpiece of the town is a huge underground mine known as the Bonne Terre Mine.

While the entire Bonne Terre Mine is a sight to behold, its crown jewel has got to be Billion Gallon Lake, a freshwater lake which formed underground due to years of accumulating rainfall. Open to divers and snorkelers, it is one of the most unique attractions in all the United States.

When it comes to Missouri attractions, the Harry Truman Museum is of utmost importance. This museum commemorates the memory and history of the only Missourian ever to become President of the United States, Harry S. Truman.

Located in in the town of Independence, the museum houses not only a bevy of historical relics, but the remains of President Truman himself. His grave exists in the property’s courtyard.

If you’re interested in visiting Independence, Missouri, this site has all of the information you could ever need.

Kansas City is a beautiful city with a great deal to offer. If you’re going to be road-tripping through Missouri, you really should consider stopping in Kansas City for a while.

There are a number of attractions to see in Kansas City, but one of the most interesting is the World War I Museum. Characterized by a series of tall monuments, it houses more WWI relics than any other institution in the world.

8. Lake of the Ozarks

If you’re more into camping, hiking, and nature, you might consider visiting the Lake of the Ozarks. A huge reservoir on the Osage River, this body of water is located in Morgan, Miller, Benton, and Camden counties.

There is plenty to do at the Lake of the Ozarks. You can check out the Bagnell Dam, hike through Bridal Cave, and visit the many shops and restaurants which are in close proximity.

Once upon a time, Jesse James was the most notorious outlaw in the United States. However, that all came to an end in 1882 when James was shot to death by Robert Ford in James’ St. Joseph, Missouri home.

While Jesse James is long gone, the home in which he was murdered still remains. Turned into a museum, it houses several of James’ possessions, and even sports a bullet hole from that bullet that was used to seal his fate.

If you’re into the old west or 19th century outlaws, the Jesse James Home is a can’t-miss.

Also located in St. Joseph, Missouri is the Glore Psychiatric Museum. This museum is equal parts intriguing and creepy, offering a glimpse into the dark world of psychiatric treatment in the 1700s, 1800s, and 1900s.

Housing replicas of old wheelchairs, beds, and treatment implements, Glore Psychiatric Museum is a museum quite unlike any other.

Are you interested in visiting any of these attractions in Missouri? Hoping to find more attractions throughout the world? You’re in the right place!

Wun Wun offers tons of tips and information on travel, helping you to find cool spots everywhere from North America, to Europe, to Africa, and elsewhere.

Take a look at our other North America-based articles now! 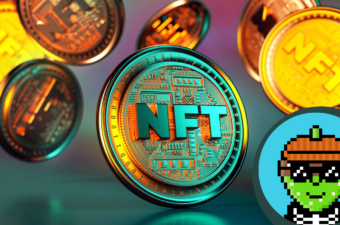 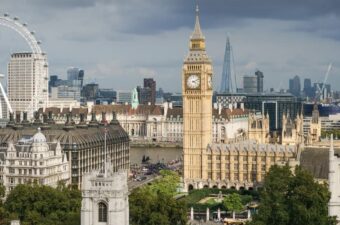